You can watch the action from a first-person POV or as a voyeur mode in which sexy shemales fuck other shemales or females. With amazing detail in 4K Ultra HD, you’ll want to have a visit. But don’t expect to stay long since the content is rather thin. Keep reading to learn the details of this arousing TS VR paysite.

The site uses a fast-loading interface with a ‘MODELS’ index and advanced search for browsing content. The scenes are dated and it appears that the site updates every week with a new VR scene. I couldn’t find any problems with the navigation on either my Samsung smartphone or my Dell desktop computer. Everything looks in order here but there’s one obvious flaw.

There are only 32 videos. As you’ll find out in the next section, it’s also rather expensive. The 3 main categories are TS-fuck-guy, TS-fuck-TS, and TS-fuck-girl. There are also several threesomes with two trans-girls teaming up on one female. About half of the videos are filmed from the point-of-view of the male whereas the other half are voyeurism. There are a couple of scenes filmed from the perspective of the female. As for the quality, you’ll be glad to know that it’s 180 degrees in 60 frames per second in binaural sound. Tranny porn stars include Redvex, TS Princess, Bailey Paris, Eva Paradis, and the award-winning Kimber Lee.

Before you purchase a membership at TS Virtual Lovers, you’ll need to be equipped with a compatible VR headset. I’m using my Samsung Gear VR but you can also use the Google Cardboard, Oculus Rift, HTC Vive, and PlayStation VR. You’ll need to install the device-specific software which is explained step-by-step on the ‘Help’ page from the main menu.

I’m pretty sure you’ll get massive value out of this site despite the higher-than-average price tag. 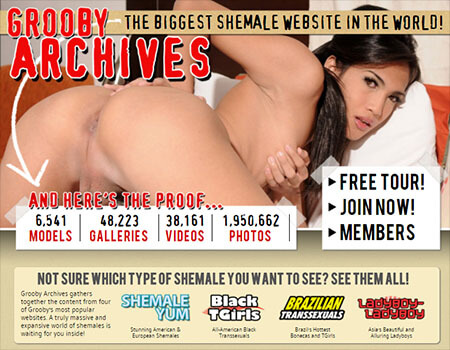